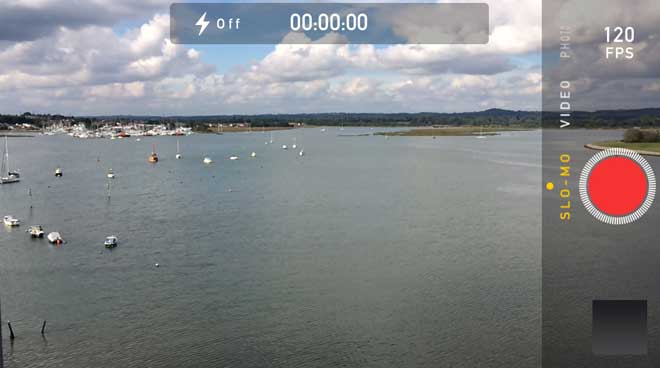 The newly introduced iSight camera for the latest iPhone has proven to have a lot of remarkable features, more than its predecessors. For example, it has the ability to shoot 4K video and so much more. One of the upgrades brought about by the new iSight is its potential  to shoot slow motion videos in 1080p.

Previously, until the release of the new iPhone previous models only had the ability to shoot slow-motion videos in 720p resolution but in the latest iPhone model, users can capture and enjoy slow motion videos in all their high definition glory.

This simple ‘How-to’ breakdown will help you understand how you can enable the slow motion video capture. Exactly like 4K video, slow motion can also be enabled via the Photos and Camera settings:

After following the aforementioned procedure, you can now shoot as many slow motion videos as you want. However, it must be pointed out that this new feature does have two distinct downfalls; nothing serious but it can prove to be problematic and annoying for some. Firstly the videos in 1080p, naturally, take up more space than their 720p counterpart. Although the difference in file size isn’t too great but there is a clear difference. For example, a 1080p video would take up 375 MB a minute, whereas a 720p video would take up 300 MB per minute. Nothing major, but still worth mentioning.

The second downside, which will upset some people more than the file size, is that there is a reduction in frame rate for the 1080p videos. The 720p slow-motion videos feature 240 fps for a more notable,  prominent and striking slow-motion effect however for the 1080p videos, the frame rate is halved and limited to 120p only. The effect will not be as dramatic as the former, therefore it can turn a few people off. It would be wise for every user to test out both and see which option fits best with their own personal preferences.