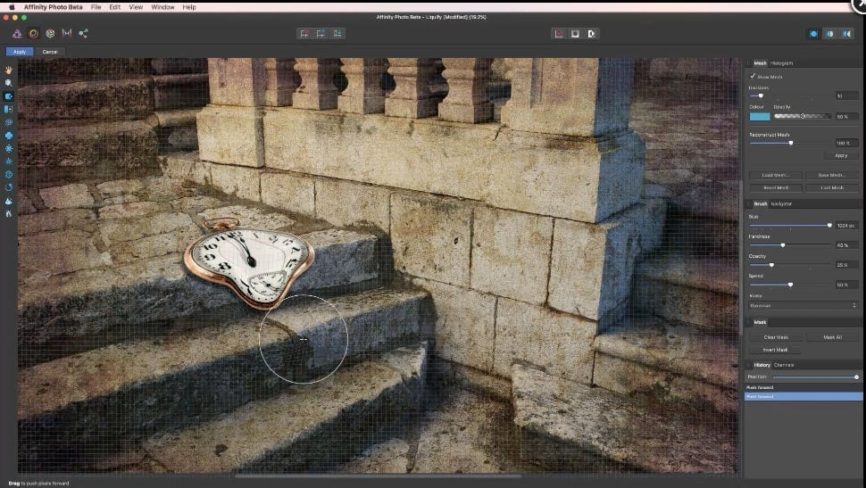 Affinity has great news, they just launched free trials for Windows users!  This is a try-before-you-buy promotion to celebrate the recent launch of Affinity Photo and Affinity Designer for Windows. Windows users can put the program to use for 10 days before committing to buy.

I am a big fan of both Affinity Photo and Affinity Designer.  I’ve been using both on Mac for a couple of years now. They provide everything I need for editing and creating graphics. And they do it for a fraction of the cost of other graphics editors and creation options out there.

Affinity Designer is a professional vector graphics editor with all the tools you need to create or edit vector objects. There is a rich feature set in both apps. Affinity Designer won the Apple Design Award in 2015.

The image editor Affinity Photo was named ‘Best Mac App’ of 2015. The Technical Image Press Association awarded Affinity Photo ‘Best Imaging Software’ of 2016. Both apps have received many 5-star reviews from critics and professional users around the world. Now Windows users can enjoy both of these apps from Affinity.

Ashley Hewson, Managing Director of Affinity developer Serif, says: “The response to our launch for Windows has been phenomenal – better than we ever could have predicted. That’s been matched by the positive feedback we’re getting from people who are making Affinity Photo and Designer part of their everyday professional workflow.”

“Even though we offer a no-strings refund policy for 14 days, trial versions for Windows have been a popular request and we know there’s still a huge market out there of people who want a professional graphics or photo editor for a one-time cost with no expensive ongoing payments.”

Aside from all the editing and creation tools these apps offer, both Affinity Photo and Designer share the same file format. The format is also cross platform compatible so users can switch seamlessly between Mac or Windows. This is important in a professional environment, where colleagues work on different systems.

There is no cutting back on features in one version or the other. The Windows versions match the Mac versions feature-for-feature.

One of the most attractive features of these apps is the price. One single payment of $49.99 / £48.99 / 49,99€. There are no subscriptions and updates are free.  In the two years, that I’ve been using these apps, I have not paid any more than the original price.

Check out these videos then visit the links below to take advantage of the Affinity Free Trial.

Affinity Designer for Windows from MacAffinity on Vimeo.

Affinity Photo 1.5 is here, for macOS AND WINDOWS! from MacAffinity on Vimeo.

Point your browser to these links to take advantage of the Affinity Free Trials.