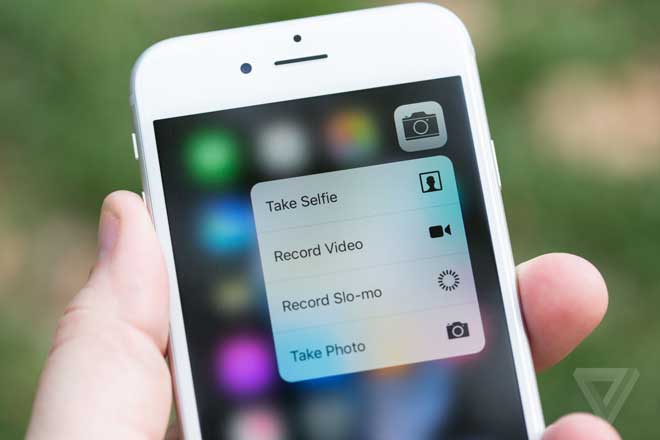 One of the many outstanding features in the new iPhone 6S Plus is the newly introduced  3D Touch. This handy little new feature has the ability to sense how much pressure is being applied, thus opening up new ways for users to interact with their iPhones.

The 3D Touch comes with a lot of functions and it can be used in both, in and out of applications. To quickly interact with an application when at the Home Screen, the user can simply press down on an application. This is known as Quick Actions, for example, pressing down on the Camera icon will allow the user to take a quick selfie, or pressing down on the Phone icon will allow the user to expeditiously call a recent contact.

While when the applications are running, 3D Touch allows the user to ‘Peek’ and ‘Pop’. To elucidate, let’s look at an example – within the Messages application the user can press down on a contact’s message thread to see what the latest message is, or press down harder to ‘Pop’ into the thread so they can start chatting or reply back to a previous message. 3D Touch can also be used to turn the keypad into a track-pad.

It looks like many users are enjoying this new feature  and are content with what Apple offered. Consumers also find it to be an integral part of what makes the new iPhone such a stellar product – even though it only works for a handful apps. However, some have pointed out that the 3D Touch does require getting used to and that every individual user will have to adjust the sensitivity to match their unique touches.

Many believe that 3D Touch is a revolutionary feature that many other companies are seemingly adopting as well to help improve their own products. Twitter updated its application to take advantage of the feature, allowing its users to quickly access search or compose new tweets from the Home Screen.