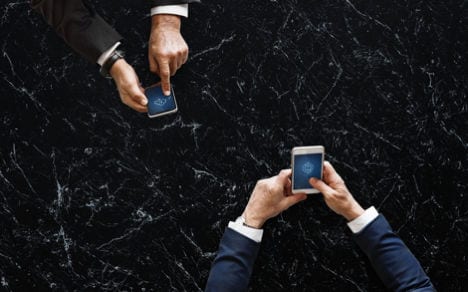 Photo by dhe haivan on Unsplash

Apple vs. Android — sometimes it feels like the showdown of our time. Odds are that we all know at least one Apple fanatic, and probably several Google heads as well. To be sure, there are advantages to both sides. Apple’s streamlined interface is straightforward and has plenty of fans. But despite the fervor that so often surrounds Apple and its iPhones, is Apple’s OS really the best choice when you’re developing a mobile app? The answer, at the end of the day, is no.

The advantages of Android’s OS are numerous, even if they aren’t necessarily obvious. The first and arguably most important point is that Android dominates the marketplace: a 2016 IDCTracker poll found that Android held 86.2% of the OS market share—and Android has been marking steady growth for several years, having held only 69.3% back in 2012. The reason for that is simple: while Apple serves only iPhones, Android serves a wide variety of smartphones, including Samsung devices but also encompassing several others, like Huawei, LG, and Google Pixel devices. This adds up to more than a billion smartphones and tablets.

Plus, for developers, Android OS offers plenty of choices to create better, more personalized apps. Android employs open-source coding, which gives developers more room to run. It supports multiple languages, encourages third-party programs, and even has AR and VR capabilities built in. Knowing all this, it’s important to keep in mind that when developing an app, you’ll want a developer who is intimately familiar with Android OS. Why? Well, while Android may be the smart choice for people or businesses looking to create an app, it requires expertise to navigate properly. Security may be worth considering, for example.

One of the few disadvantages of Android compared to Apple is fragmentation: according to a 2016 study by Business Insider, almost 90% of iOS users were using the latest version of the operating system—a reality that would be nearly impossible to achieve with Android. Because so many different devices and models run Android OS, it can be harder to fix bugs or address security concerns. Developers who are fluent in Android will be aware of this and keep security a top priority. Developers like Guaraná Technologies — the award-winning agency with offices in both Toronto and Montreal — pride themselves on their skill with Android OS. Visit this blog to learn more about how this fluency will translate into better security for your app and better peace of mind for you.

Google Play features nearly twice as many apps as the Apple app store and plenty more downloads to boot: App Annie reported that in 2016, Google Play recorded approximately 75 billion downloads compared to the Apple app store’s meager 25 billion. The upside, of course, is the larger audience that Android OS and the Google Play store will help you reach, but you’ll also need to consider just how much more difficult it might be to help your app stand out amidst all the competition. Ensure that your developer is not only fluent in making the app, but also in launching and selling it! You can have the best idea in the world, but it’s not worth much if nobody knows it exists.

If you’re developing an app, Android OS is the sensible choice. It’ll help you connect the largest possible number of users with your app, and that’s vital. But it will also offer all sorts of different advantages in terms of compatibility and extra features—and in the hands of the right developer, that will turn your app into a force to be reckoned with.

More on this topic:  Apple Earned More Than Google Play In 2015