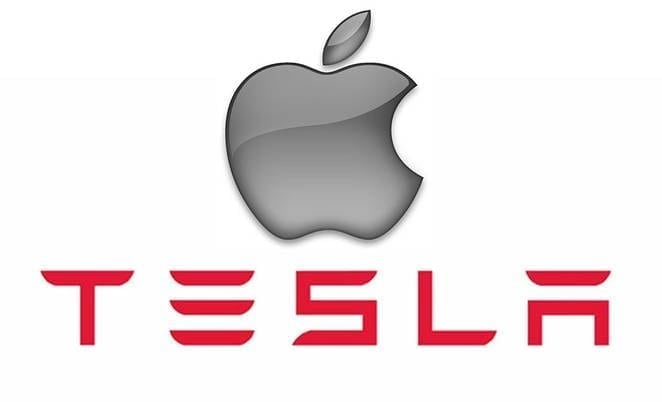 The tussle between Apple and Tesla continues, with one of the electric car maker’s top engineers switching sides and joining Apple, possibly to work on the rumoured self-driving Apple car.

Senior engineer Jamie Carlson has joined Apple, according to Reuters. He along with a few others who have experience with self-driving car tech are now working at the Cupertino-based company. This coupled with the news that Apple was in talks with a testing facility based on an old naval base lends weight to the assumption that Apple may be working to develop a self-driving vehicle although the news remains unconfirmed.

According to Apple Insider this concept project dubbed “Project Titan” is being developed in a secure location in absolute secrecy as is expected of Apple.

Tesla CEO Elon Musk says that Apple has made advances to recruit its employees with the promise of substantial bonuses and significant salary bumps for whoever chooses to make the leap. This declaration by the real life “Tony Stark” has again brought the Apple and Tesla feud in the news. Apple has reportedly invested $250,000 in signing bonuses and 60 percent raises, according to Bloomberg. Despite all this, very few Tesla employees have left the company and a number of Apple employees have changed sides and went to work for Tesla.

“Apple tries very hard to recruit from Tesla,” Musk said. “But so far they’ve actually recruited very few people.” These reports along with news of mysterious vans strapped with high-tech equipment in the Bay Area has surfaced. The vans sport more than a dozen cameras and what appear to be LiDAR modules for high-resolution mapping strapped to an x-shaped carriage on the roof.

Tech analyst like Robert Enderle believes that they may be test modules for a self-driving car. However more likely, Apple is merely collecting data for Apple Maps much like Google does. While the vans were first seen in San Francisco and New York, they have also been sighted in places further away. Apple Insider readers report sightings in Wisconsin, Hawaii, and Panama City, Panama.
Apple Insider revealed that in February Apple’s head designer was seen in deep talks with the Tesla CEO at the Oscars after-party. Reports of Apple and Tesla officials meeting secretly have been confirmed by Elon Musk himself. He has stated that a sale to Apple is very unlikely.