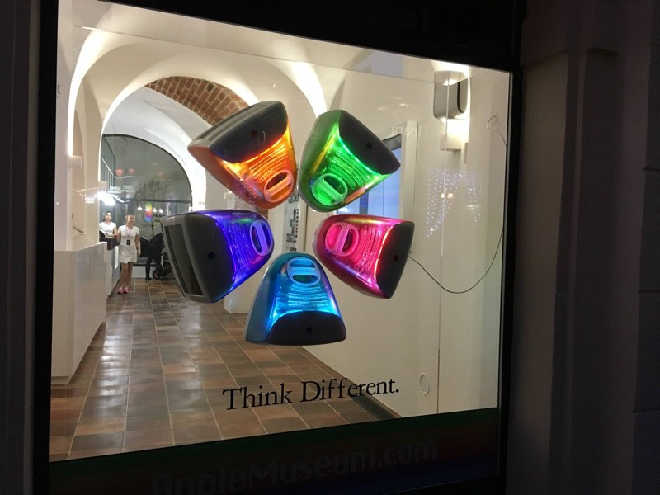 It also has the largest private collection of Apple’s products. These include Macs, iOS devices as well as assorted paraphernalia from Apple circa 1976 to 2012. It also shows products of Pixar and Next. Steve Jobs’ business cards are also on display along with quotes about both Apple and Steve Jobs from some of Steve Jobs’ formal co-workers and industry rivals of Apple and Steve Jobs. There is also a quote by the President of The United States of America, President Barack Obama. The museum is located in a historical building that was renovated specifically for this purpose. It’s exterior windows are also decorated with quotes by Steve Jobs and artistic arrangements of products. An interesting piece is the Apple Lisa.  The proceeds of the Museum are all donated to charity. Other than this exhibit the Museum will also open a vegan restaurant to honor the memory of Steve Jobs who was also a vegan. An E-Shop is also going to come soon to the website where, if the website is to be believed, “visitors would be able to buy and sell as well as swap stuff among themselves”. You can also buy tickets via the website. For an adult, the ticket is priced at 11 EUR and for a Student the ticket is priced at 8 EUR. Tickets for children are sold for 5 EUR each.

The Prague Pop Art Gallery also sheds light on the life and achievements of Steve Jobs and how he was a force that changed the world. It shows his transition from being one of the creators of Apple and then after his dismissal from the famous company, his experience at Pixar film studios and at Next company. The museum was opened to the general public on Thursday of last week.  There is an official Instagram page as well as official twitter and facebook pages. Links of other kinds of social media pages of the Museum are also present on the page.