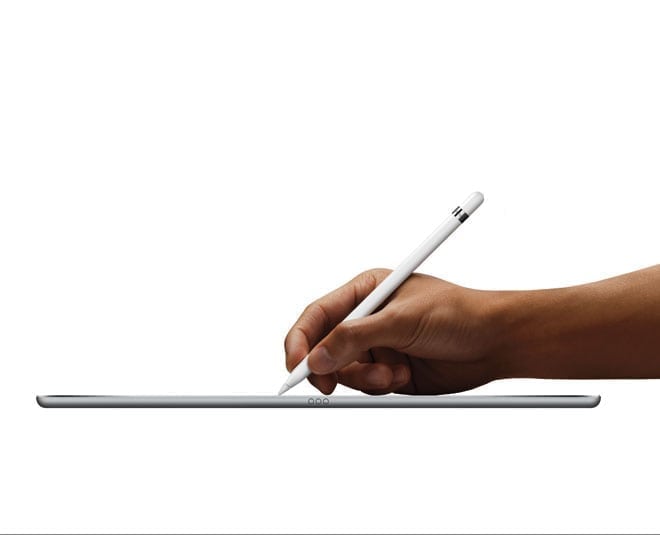 At last Wednesday’s event when the Apple Pencil was announced everyone was thinking, “a stylus?, but Steve Jobs said…”,  A stylus was a surprise and an interesting move by Apple since co-founder Steve Jobs often mocked them.  But I can’t help but feel that many are taking Steve’s remarks about a stylus way out of context.  He was after all talking about an iPhone.

Let’s remember, when the iPhone was first introduced in 2007, every other “smartphone”, had a smaller screen, a physical keyboard and a stylus. iPhone was unveiling a game-changing, patented, new user interface, the multi-touch screen.  A stylus at that point in time was a non-starter for a product that introduced a new UI that made a stylus unnecessary.  No stylus was also useful in separating the iPhone from the pack.

What Steve Jobs said about a stylus was specifically related to an iPhone and a shot at the competition.  So let’s compare apples to apples (no pun intended).

iPhone, a small screen where you will likely be clicking on a contact, a date, an icon, a keypad, or typing on a virtual keyboard all of which can be accomplished with fingertips. A stylus was simply not needed.

The typical stylus in 2007 was basically a dumb pointing device. The Apple Pencil is a high precision instrument intended to be used with the powerful new iPad Pro.  A device that can open and display AutoCad files that contain 100’s of thousands of objects in wireframe where editing requires a high degree of precision.  This also applies to complex artistic or commercial illustrations. Apple’s growth in China may have played into the decision to go with a precision writing instrument for calligraphy where precise varying of line weights on a continuous path is critical. These are not actions that anyone should expect to be accomplished with a level of precision using a finger on any device.

Apple has always been a company that enables its customers to be creative with its devices. It also has a great track record for predicting trends, looking ahead and developing  technology that empowers the user to do things in ways that were not previously possible.

The one area where I feel that Apple deserves a little criticism is the combined price of the iPad Pro, the keyboard and the Apple Pencil. At well over $1,200 for the package, we are now deep into Macbook territory. When and if the time comes that an iPad can truly replace my Macbook, then I would feel this price is justified.  Until then, all three should be offered as a bundle at a lower price. But hey—I’m just saying.