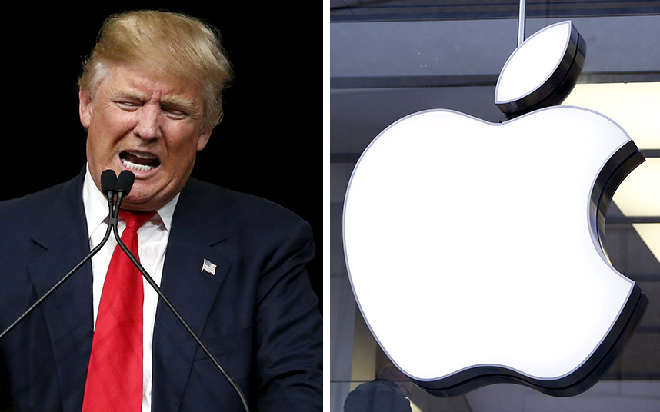 According to credible reports, Apple will withhold its support from the Republican National Convention in July because of its discomfort with comments by Donald J. Trump. Unlike Google, Microsoft, and Facebook, the company won’t provide money or hardware for the event next month, pointing toward the sexist, racist, and xenophobic statements Trump has made throughout his campaign.

However, now that the Cupertino-based company would take a political stance against the presumptive Republican nominee, it represents a shift in Apple’s playbook. Apple is the latest in a string of companies dropping out as sponsors of the Republican convention. The decision to not support the GOP convention puts Apple in lockstep with other tech companies taking principled stands. HP, which helped fund the RNC in 2012, announced in May that it would not donate to the convention.

Apple’s political stand against Trump, communicated in private to Republicans, is a sign of the widening split between Silicon Valley and the GOP’s bombastic presumptive nominee. Trump has trained his rhetorical fire on the entire tech industry, but he’s singled out Apple for particular criticism — calling for a boycott of the company’s products, and slamming CEO Tim Cook, over Apple’s stance on encryption.

It’s not the first time Apple would be going head to head with the probable Republican nominee. In January, Trump called on Apple to start manufacturing its products in the U.S.

“I was saying make America great again, and I actually think we can say now, and I really believe this, we’re gonna get things coming … we’re gonna get Apple to start building their damn computers and things in this country, instead of in other countries.” – Donald J. Trump

Apple declined to comment for this story. It’s unclear how the company plans to handle the Democratic convention in Philadelphia this summer. A spokeswoman for the Trump campaign did not respond to a request for comment.