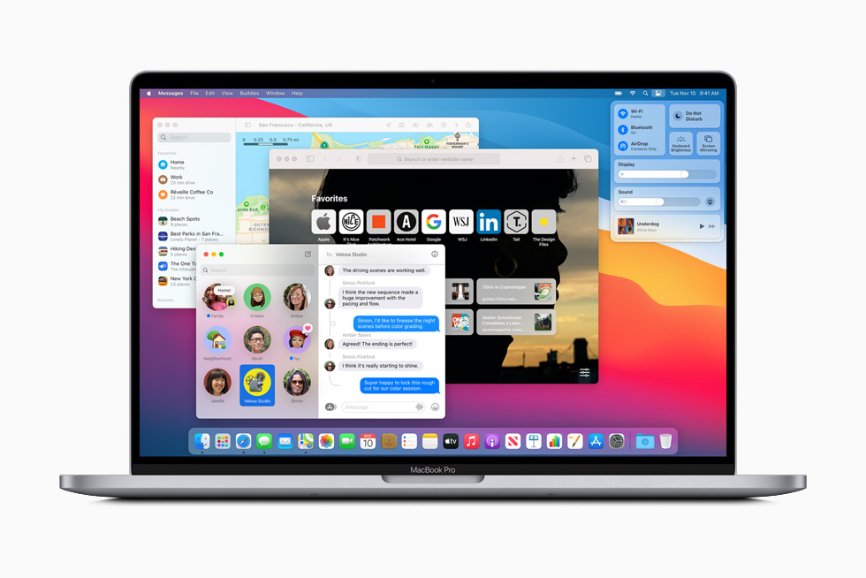 When the Big Sur operating system hit the shelves, many Mac users were excited, expecting the next best thing. However, in reality,  the new OS left many longing to come back to the system they knew before. Not that Big Sur is the worst thing that Apple has released, but it seemed to be rushed in production, linked to many problems along the way. Though some of the problems have been solved, many wonder if it is worth the download or no. To decide whether or not you should download the new operating system or stick to Catalina for the time being, we have lined up a few of the pros and cons to help you weigh your options.

Pro: The Look Is Hot

One of the first things that every user who has downloaded the program boasts about is the new look. Everything seems much clearer and crisper, with a bright white display that only Apple can perfect. The designers took their time taking care of every detail, fusing each application’s corners to the background and blending colors to make them pop like never before. The entire look takes a modern spin on things, making them attractive and new to the eye.

One may quickly realize that the upgrade came with just a few changes. Instead of lying in an awkward place within the system, the Big Sure system has placed it within the clock, leaving it out of the way until you need it. This is a huge pro, making things more accessible and clean at first glance.

Mac’s Catalina operating system had no kind of widget. In the Big Sur operating system, you’ll find widgets that appear right alongside notifications, including calendar, weather, and more. This makes the overall appearance more organized and gets things out of your way so that you can use them with more ease.

A new icon will appear in the new interface presented in the Big Sur operating system that wasn’t there before. While that is something new and seemingly ok, it is where the new control center rests, leaving us asking if it is really needed or not. Here, you will find shortcuts and other useful items, but it turns out unnecessary, seeming to take up more space than it needs to.

Maps have been part of the Apple system since 2013, making a big splash in the world of travel. The maps in the new Big Sur version of the Apple system are indoor maps that can help with things like airports and shopping. There is also an upgraded 360 degree look around for other types of maps. The only problem is, these features sound great but are not really practical in today’s fast-paced world. These maps are great for someone who wants to sit and map out an entire plan, but who has time for that?

After taking a look at the pros and cons, one last question remains. Should you upgrade or not?  We lean more toward a ‘no’ answer, but only for the time being. To date, many users were left to resolve the issues that came along with the new version of the Mac operating system. But Apple will soon have many of the issues worked out, making this an excellent upgrade for anyone who loves their Macs. So we say, give it a try, just as long as you have the time to get used to all the small changes.

Why Use Mac? 5 Main Benefits of Having an Apple Product in 2020