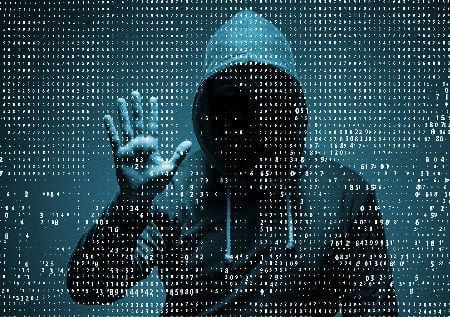 Cybersecurity is big business. And it costs big businesses a lot of money every year (not to mention a few panic attacks and sleepless nights). But as hackers get more inventive and data is increasingly digitized, it’s only logical that cyber threats will rise. Artificial Intelligence (AI) may be able to prevent attacks from happening. Blockchain could make our systems more secure. But beyond our current weak spots, we have another problem–an overwhelming talent gap in cybersecurity and AI.

No offense to the professionals already working in these areas. Hats off to you–you’re doing a great job, make no mistake. But with an EY report finding that 56 percent of senior AI professionals see lack of talent as the biggest barrier to implementing AI, and unemployment in cybersecurity practically nonexistent, there just aren’t enough qualified people to go around.

That leaves a talent gap in cybersecurity and AI that places businesses in a tight spot. The technology is there, but they’re stuck in their tracks. Those with the desired skill sets are of course laughing all the way to the bank, with so many job offers they don’t know what to do. But companies are biting their nails with important positions almost impossible to fill–and the end consumer has to brunt the prices.

“This year, as businesses strategized how to integrate AI into their operations,” said EY Global Innovation Technologies Leader and Global Chief Analytics Officer, Chris Mazzei, “they were hampered by a shortage of experts.”

So how can blockchain help?

When most people think about consumer cybersecurity, they think of antivirus, firewall, or maybe ransomware protection. But in the enterprise space, there are a multitude of tools used to protect companies The average consumer, of course, has no access to them.

For example, can your antivirus tell you if you logged into your Gmail in the UK, and then someone entered your Dropbox account in Argentina? No. But, enterprise cybersecurity can. HEROIC is using the blockchain to decentralize and democratize cybersecurity solutions, making them available to the masses.

“Our mission is to protect the world’s information—of all individuals—not just the biggest businesses,” says Chad Bennett, founder and CEO of HEROIC. “The future of cybersecurity is decentralized and democratized—utilizing AI and the blockchain.”

The HEROIC ecosystem will be open to developers and businesses alike so that they can build their own intelligent solutions. And as the network grows, it naturally becomes more secure.

HEROIC’s model allows anyone around the world to join the network, which acts as a bridge over the talent gap in cybersecurity and AI. They can unlock important skills from people and places that were previously off the radar. This is the premise of PolySwarm, as well, another decentralized marketplace for cybersecurity experts and enthusiasts to build anti-malware engines.

Former McAfee Antivirus CIO Mark Tonnesen is on the advisory board. He says, “Blockchain could be the answer to the perpetual shortage of security talent.” Polyswarm aims to invite anyone–even cybercriminals–to the table to work on solutions to threats. And they will use cryptocurrency to gamify the bug bounty markets for white hat hackers, making it competitive as well as rewarding.

Jim Bursch, Director of the DASH Bug Bounty Program, served as a virtual sheriff in the wild, wild west that is cryptocurrency with his “Bug bounty” program developed for DASH. The program offers monetary incentives for hackers to identify points of weakness in the security of DASH’s digital currency. This allows for improvements to be made faster, without lack of access to the right individuals. A problem shared is a problem halved. Or broken down into minute fractions with potentially thousands of people on the case.

You can break down threats into microtasks, allowing a collective to work faster to provide the solution. Most cybercriminals are after the money. So, compensate them for their brilliant work and suddenly a very shallow talent pool becomes a vast lake of resources.

Scott Schober, Author of Hacked Again and President/CEO of BVS Systems says, “An incentivized basis for making things happen is extremely effective. Blockchain is a fundamental disrupter and game-changing technology, and by having incentives, it changes the way we make the connections on a much faster scale.”

There are plenty of solutions coming up to fill the talent gap in cybersecurity, but what about AI? Blockchain can be instrumental in this area too, in a couple of ways. Providing access to education and teaching the skills people need in this new world is one.

The Institute of the Future and ACT Foundation released Edublocks, for example, which are essentially one-hour chunks of learning from virtually any source, shared via a blockchain.

Blockchains can also help recruiters to find the right candidates more easily. Thanks to blockchain’s ability to verify documents and ensure that they cannot be tampered with, recruiters will no longer have to spend time verifying credentials.

Mario Milicevic, IEEE Member and Staff Communication Systems Engineer at MaxLinear Inc says, “Blockchain technology relies on cryptography to validate that previous transactions in the chain are authentic, prior to adding a new transaction to the latest block.”

So an IT company seeking to hire AI personnel can utilize blockchain to maintain confidence that the candidates’ ‘badges/certs’ have not been tampered with.

“A lot of cybersecurity jobs are very niche,” says Schober, “it has become a very wide area, so how do you find the right person within these extremely narrow disciplines? When you can align people quickly to fill in those gaps, the talent gap in cybersecurity and AI closes faster by applying blockchain smarts.”

Bursch believes that blockchain is fundamental at the application layer as well. “If blockchain apps have security baked in from the beginning, then less work is required from separate, dedicated cybersecurity professionals who can focus on systems that pose a greater risk.”

The Talent Gap in Cybersecurity and AI May Be Closing

With decentralized initiatives to share resources with consumers, the ability to procure talent from around the globe, and bug bounty programs to unite hackers to their own fight, there will be more experts on the cause. At least for cybersecurity.

AI presents rather more challenges. It seems, for now, that blockchain can help free up time to learn the skills we need and focus on more creative tasks before the robots outsmart us all.

CoinCentral’s owners, writers, and/or guest post authors may or may not have a vested interest in any of the above projects and businesses. None of the content on CoinCentral is investment advice nor is it a replacement for advice from a certified financial planner.

About the author: Christina Comben is a B2B writer and MBA, specializing in fintech, cybersecurity, blockchain, and other geeky areas. When she’s not at her computer, you’ll find her surfing, traveling, or relaxing with a glass of wine

BlockchainBug BountyHEROICVerification
Previous ArticleThe Boring Company – First Tunnel Near CompletionNext ArticleThe Next Wave of Job Opportunities, Brought to You by the IoT (Part 1 of 5)