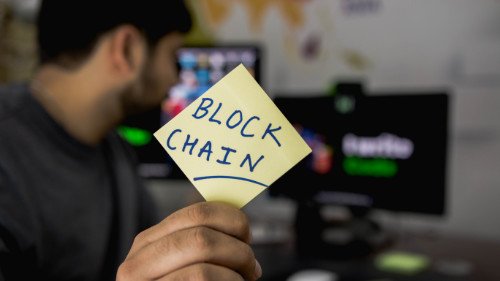 Photo by Hitesh Choudhary on Unsplash

The Blockchain, blockchain technology and how much you will absolutely need to know, very soon, that is the purpose for the information provided here. This website has touched upon the pros and cons of blockchain currency a few times, but the fact is that, whether an individual, a business or a group believes that it should be, blockchain technology is here to stay and is something that the business world needs to get at least a basic understanding of. Beyond that, most businesses can increase revenue a great deal by using this technology in one form or another right now. The future will demand this of most businesses, but that is still a little bit off, not as far as most opponents would hope.

First, we set the background with a very brief history of FIAT currency. The history will take a few detours and not be entirely accurate with the order of events, but the purpose is to display the growth of the currency system to its modern model. Fiat is not an acronym, its Latin and means “let it be done” and it refers to the standard legal currency most people are familiar with. The history is not that complex, the currency was developed as a representative unit, agreed on by all, to convey the value of assets.

Alright, simple, quick version, trade started as two parties, perhaps a fisherman and a sheepherder, that would trade one item for another so that each would have what they needed, both would part with both fish and sheep, as in the example. Each person could concentrate on their talent and trade its output for that of others and all would have what they needed. Things grow complex as some things last longer than others, some things take longer to produce results and so forth, until an easy to carry unit of agreed value was developed to make it all work out easier. The USA eventually adopted the gold standard for currency, each piece of currency was “backed” by its value in stored federal gold, the gold standard was later dropped as it was unable to mutate quickly or readily enough for the growing economies of the world, and a more complex system is in place now.

The Fiat currency system of today has some important components that need to be mention before getting to Blockchain technology. Firstly, banks and their clearinghouses, the ACH and federal ACH houses, the federal components that govern commerce, and your cash. Every electronic dollar that leaves your bank and goes to another bank, whether by swiping your debit/credit card, writing a check or using something like PayPal, passes through some of these above-mentioned systems. Immediate transactions, like a point of sale, go through the clearing houses for the banks, monthly payments, like a house payment, pass through the ACH’s. Both are forms of clearing houses that only differ by the speed of transactions and the method of sending them, bank clearinghouses are one transaction at a time and ACH’s generally work in batches. Even though there appear to be many, many banks, there is just a handful and they share clearinghouses sometimes. These clearinghouses are simply mechanisms to help keep all these monetary movements as simple as possible.

All of this is overseen by a group of commerce regulating government houses that ensure fair trade, safe sales of things like tobacco and alcohol and monitoring for various illegal operations. Complicated? Yes, it is, and that is just the surface. Now, what is blockchain? Satoshi developed a currency system that eliminated the middle components of the Fiat system, involving only the end users. It is an electronic currency and resembles something like PayPal, where one user sends X amount to another. The difference is that there is no PayPal, no clearinghouses, just one wallet to another transaction. To ensure that no user forges the data being sent from one wallet to another, the blockchain, and the network evolved.

The blockchain and blockchain technology is based on a continuous ledger of transactions from the first to the most recent. The transactions are grouped into blocks of data, each block containing a small bit of data from the previous block and passing a little of its data onto the next. These blocks are evaluated by everyone on the network and the consensus rules. That means that for one user to forge a block of data, they would need to work from the last block, forge a false new block and convince the rest of the network that their block of data is more valid than the millions of others that say something different. It would be like the entire country watching a lottery drawing, seeing the winning numbers as 1, 2, and 3, and a single person claiming that their 4, 5, 6 ticket is the winner.

There is much more to it than that, but that is quite a bit to mentally digest right there. Simple version, every transaction is sent to the entire network grouped with others, a false data block that gets sent out may convince a few computers that it is correct, but the vast majority will have a different set of numbers and the oddball will get kicked out.

How is this important to you? Mostly, Bitcoin, it is the first blockchain currency, the most prolific and it is being accepted by more and more businesses each day, including Microsoft and PayPal. That means that a portion of your customer base already has Bitcoin in their wallet, ready to spend. Most people are a little confused still as to the use of this technology and that is where Blockchain development will set your business apart. The easier that you make it for them to spend their money and the safer that they feel in doing so, the more revenue you gain.

Don’t let your customers take their money elsewhere and don’t let your staff appear confused and unsure when dealing with the Blockchain technologies. Be inclusive, be educated and develop apps and tech that make it easy for people to understand and start using because if you don’t, someone else will. 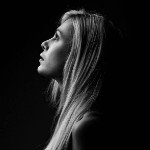 Author Bio: Melissa Crooks is Content Writer who writes for Hyperlink InfoSystem, a mobile app development company in New York, USA and India that holds the best team of skilled and expert app developers. She is a versatile tech writer and loves exploring latest technology trends, entrepreneur and startup column.

More on this topic: Is Bitcoin Ready to Become the Global Currency?