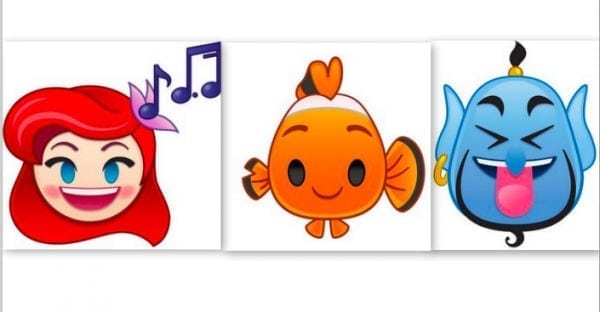 Don’t you just love using emojis while texting? Well of course you do. We have good news for all you emoji lovers. Your favorite Disney characters are now available as emojis. Disney has introduced a new game that allows users to collect and communicate with Disney emojis from its library of content.

Disney Emoji Blitz is a mobile game similar to bejeweled and Candy crush. To earn points the player needs to match 3 characters to earn points and remove them from the board. The game’s executive producer Nacia Chambers said, “At its core, it’s a match-3 game, which everybody is familiar with”. He also added “But we kind of did a little bit of innovation there .This is a blitz-style match-3 game, so you get 60-second rounds of matching with lots of crafted power-ups, with lots of what we call ‘blitz mode,’ which adds a lot of fun and excitement to the game.”

The app features a total of 400 emojis. These include 33 characters with 8 different emotions. There are more than 200 additional “items” these include Disney version of thumbs up and different scenes. The characters in the app include Mickey, Minnie, Donald, Pluto and Goofy, princess Elsa from Frozen are also a part of the app. And don’t forget there’s Tinkerbell, Toy Story’s Buzz and Woody, the White Rabbit from Alice in Wonderland, Mike Wazowski, Sully from Monsters, Inc. and many more.

The goal of the game is to match 3 characters to clear each round. Clearing each round results in prices, gems and coins which you can use to buy emojis. The game also features a mission system. In this system, the player has to complete 5 to 15 discrete missions.

Chambers said: “Some emojis are better at completing certain missions than others, so we are hoping that the compulsion to play, collect, and then come back and get new emojis and see what their effects on the board is going to be fun for our players.”

Emojis collected in the game can be used in the user’s keyboard like other emoji keyboard extensions. So, get ready to enjoy sending texts with your favorite characters from Disney!