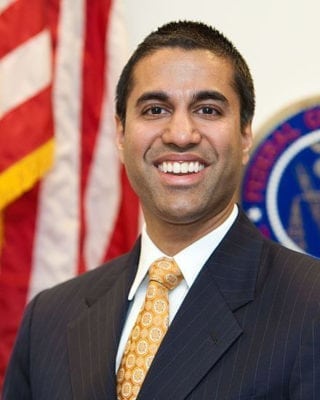 Ajit Pai’s FCC commission plan to vote to remove existing internet regulations known as Net Neutrality on December 14th. The commission has decided to go ahead even though public opinion was largely ignored.  Yet public opinion is largely in favor of keeping the rules in place that protect net neutrality. FCC Chairman, Ajit Pai and his commission have basically chosen to ignore public opinion. They also appear to be sidestepping any public hearings on the matter.  This issue affects everyone that does business on or uses the internet.  The FCC is simply not interested in considering the views of the majority of the American people.

Public opinion pushed the FCC to adopt the rules that up to now have prevented ISPs from blocking or throttling content delivery. They have also prevented ISPs from creating pay-to-play fast lanes that will basically charge websites and online services for priority treatment. ISPs will simply not be bound by rules and regulations that require them to treat the entire web equally.

A number of ISPs have stated they have no plans to do anything differently should existing rules be removed. Really? So it seems the American public is expected to just trust that ISPs will not be swayed by their shareholders to increase profits and take advantage of opportunities that will exist on an internet without rules or protections.  Can this administration imbalance the playing field any more than this for small businesses? This is an outright assault on small businesses, SEO marketers, digital advertisers as well as consumers.

The cable lobby surveyed voters on this matter. They found that public opinion has not changed since the rules went into effect. Those surveyed, Republicans and Democrats largely agreed that they were in favor of net neutrality. In a whiteboard that provides a clear, shorthand explanation of this issue from Moz.com, it shows that 85% of Republicans and 81% of Democrats are in favor of leaving the current rules in place.

A reason Ajit Pai is not considering public opinion on this matter was said to be all the SPAM feedback that came to the FCC’s website. 22 million comments of which a lot were SPAM.  But a lot were also legitimate comments from concerned citizens of this country. So rather than make an effort to separate the SPAM from legitimate comments, the Chairman simply decided to ignore the whole enchilada. Since my opinion was one of the 22 million comments sent to the FCC, I am personally offended by his action.

I tend to consider both sides of an issue. So to be fair I could almost agree with the decision. After all the net is subject to spam bots and other methods that can easily skew results one way or the other. Where this falls apart is that there is no effort to separate whats real commentary from what’s false.

No Evidence Provided By FCC

What’s sounds suspect to me is when Pai’s office refused to provide evidence for an investigation into the fraudulent comments. New York State Attorney General Eric Schneiderman said that there was…

“a massive scheme that fraudulently used real Americans’ identities” in order to “drown out the views of real people and businesses.” He went on to say a lot more in an open letter regarding the lack of cooperation from the FCC with his office.

One voice of reason coming from the FCC is from Commissioner Jessica Rosenworcel. She has been calling for the FCC to hold public hearings across the country before moving to eliminate net neutrality rules.

“I’ve called for public hearings before any change is made to these rules, just as Republican and Democratic commissions have done in the past,” Rosenworcel said. “We should go directly to the American public to find out what they think about this proposal before any vote is taken to harm net neutrality.”

Mignon Clyburn a Democratic Commissioner said that the opinion of Internet users should be taken more seriously by the commission.

Pai’s proposal, she said, “ignores thousands of consumer complaints and millions of individual comments that ask the FCC to save net neutrality and uphold the principles that all traffic should be created equal.”

Not holding public hearings on this issue is where the rub is. Ignore the American people once on an issue, perhaps there is some validity to your position. Ignoring the American people twice on the same issue, could and should invite investigation and have consequences if appropriate. If Pai gets’s his way there will likely be numerous court battles over this.  Stay tuned.