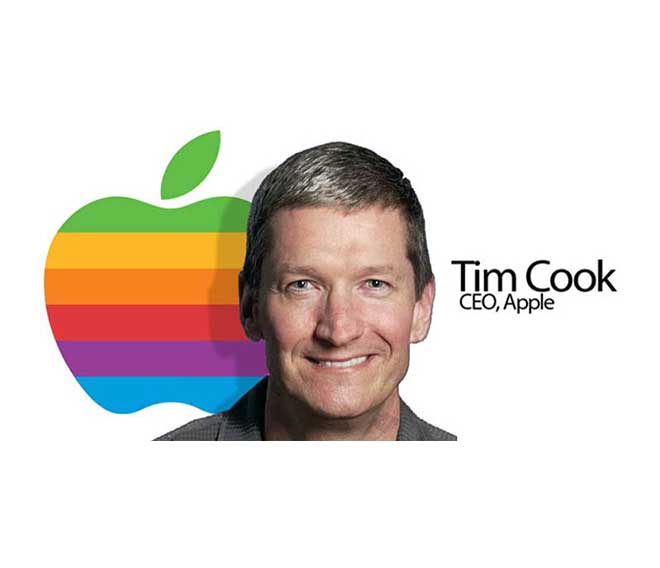 Apple CEO Tim Cook celebrated his fifth year as the company’s CEO on August 24th.  A bitter/sweet anniversary since Apple’s former CEO and co-founder, Steve Jobs stepped down and recommended Mr. Cook to their board of Directors as his choice of successor. Jobs passed away not long after.

Mr. Cook has had many successes in the past five years. Since taking the helm at Apple in 2011 he oversaw the launch of the Apple Watch, the MacBook Pro with Retina display, the ultra-thin 12-inch MacBook, the iPad Pro, several iPhone and iPad models, Apple TV, and a number of major software upgrades including Apple Maps, Apple Music, Apple Pay, Car Play, Siri, and a host of other products and services.

Under Tim Cook’s leadership, Apple rose to become the most valuable company in the world in 2012 and this trend continues today. The company’s stock has risen to over 132% under Tim Cook’s watch.

Success has its rewards. Tim Cook unlocked stock bonuses worth over $100 million. These are tied to both his tenure at Apple and Apple’s performance as a company under his watch.

MacRumors reported, “Cook’s bonus includes 700,000 tenure-based restricted stock units that vested today as part of a larger compensation package of over 4.7 million shares awarded on August 24, 2011, in addition to his first of six annual installments of 280,000 tenure-based restricted stock units that vested today. The combined 980,000 shares are valued at nearly $106.7 million based on AAPL’s closing price of $108.85 on Tuesday.”  Read the entire article here.

Our congratulations to Tim Cook on a job well done.  Filling the shoes of Steve Jobs was no easy feat, but the track record doesn’t lie.  Steve could not have made a better choice.