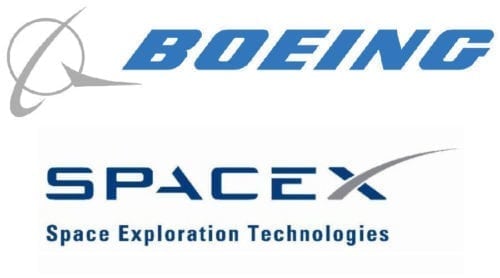 “Hey, You Wanna Race”. How many times have you heard that in your life? As little kids in the schoolyard. As adolescents on your bike riding with friends, or as a young adult stopped at a red light reeving your muscle car.  Well apparently even powerful leaders of industry can’t resist the challenge and one pair, in particular, is looking to race in a very big way.

Up For A Challenge

We have said it before and we will likely say it again. Elon Musk does things in a very big way.  This time the words “do you wanna race” have SpaceX and Boeing competing in a race to Mars.

This started on Thursday while on CNBC host Jim Cramer asked Boeing’s CEO Dennis Muilenburg whether Boeing or SpaceX would “get a man on Mars first.”

Boeing’s CEO replied, ”Eventually we’re going to go to Mars, and I firmly believe the first person that sets foot on Mars will get there on a Boeing rocket.”

These are fighting words apparently since shortly after the CNBC announcement Elon Musk tweeted “Do it.” One might blow this off if the comment came from someone other than Elon Musk. After all here’s a man who has faced much criticism and endured accusations claiming over-reaching to accomplish lofty goals. Yet here we are today, to the dismay of major vehicle manufacturers with the Tesla 3 in production to be followed by its Roadster and the recently introduced Semi. As the CEO of SpaceX Musk was able to deliver a reusable vertical landing space vehicle with many successful launches. His Boring Company is drilling tunnels under LA to accommodate the high-speed transportation system known as Virgin Hyperloop. Musk is all about accomplishing big goals and his track record is growing over time.

Well that aviation company up in Seattle that is a household name, Boeing, has a rather long list of accomplishments to its credit. Competition is in Boeing’s DNA as the company has been up against other industry giants competing for huge transportation and military contracts. Boeing has too many accomplishments to list here.

The complexity of delivering a mission to Mars is staggering but if anyone is up to the challenges NASA can throw at you, these two companies are up to the task.  Boeing threw down the gauntlet on Thursday and Musk appears to be ready to take up the challenge.  We wish them luck and may the best company win.