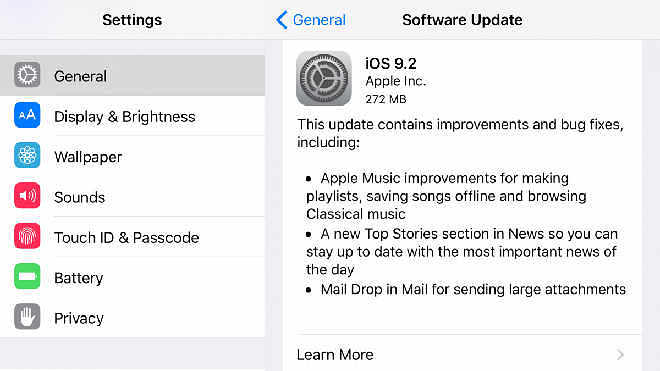 Apple has lately been facing a bit of criticism because of the fact that a lot of users reported a major issue with their battery display so Apple admitted on it’s official support page that the iOS 9.2 version has been the cause of battery problems for your iPhone 6S and iPhone 6S Plus devices. According to them the glitch makes the battery percentage display freeze and because of this the correct battery level or charging is not reflected in the display. Consumers were concerned that the batteries of their iPhone 6S and 6S Plus were faulty but Apple assured them that this is not the case.

Apple has also been helpful enough to post a way to fix this issue temporarily, while a permanent fix is being worked on. In Apple’s own words it “is aware of this issue and is investigating the cause and a [permanent] solution.”

Lets hope that the issue will be properly dealt with in the iOS 9.3 update. The new update has already been released in public beta to testers and it will fix a lot of reported bugs as well as add a new feature to the iPhone which will filter out blue light so that users can sleep better.