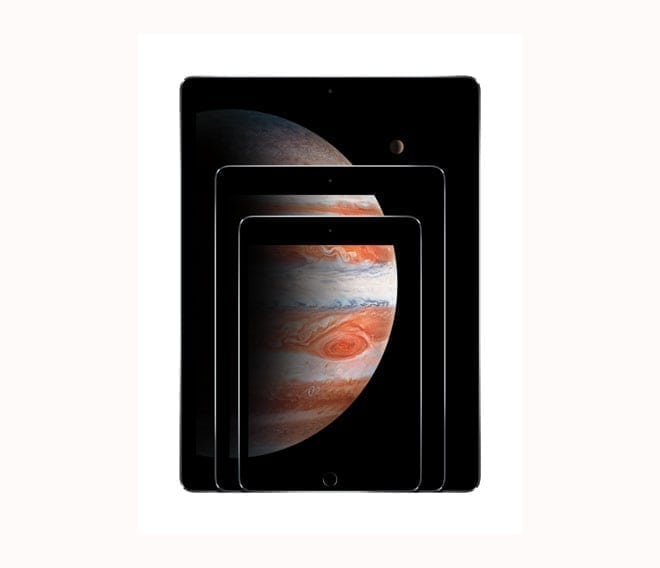 The iPad announcement by former Apple CEO Steve Jobs was the beginning of a new chapter for the legendary company and innovator that is Apple.  Apple has given us some of the most spectacular and aspiring devices (whether you like them or not) that the world has ever seen. The iPad has been made smaller, lighter, thinner, and faster. It has evolved to unimaginable points and some of its features have changed the lives of millions of users.

Well, now it is time for the next chapter in the iPad’s story. The iPad Pro, announced at Apple’s September 2015 event, is the biggest advancement in the history of the iPad. “It is the most capable and powerful iPad we’ve ever created”, said Apple CEO Tim Cook when he showed the audience the new iPad Pro at this Apple’s event.

The larger 12.9-inch screen has 5.6 million pixels, more than the 2015 MacBook Pro with Retina Display. It is great for movies, games, split-screen, music, and just about anything you can do on a tablet. It comes with a new variable refresh rate which allows the iPad to slow down if not much is happening on the display. This feature saves both energy and frustration. The iPad Pro has a new A9X chip which makes it faster than 80% of portable PCs on the market. It comes with an 8MP iSight camera and Touch ID

The monster-sized tablet comes with 10-hour battery life, a 4-speaker audio system, and it’s 6.9mm thin. The all-new Smart Keyboard for the iPad Pro gives the user the comfort and accessibility of a physical keyboard, similar to that of a Microsoft Surface. The keyboard connects to a new Smart Connector on the iPad Pro magnetically. The software on the iPad Pro automatically adapts and knows not to pop up the touch keyboard once the physical keyboard is attached.

Another accessory introduced for the iPad Pro is the new Apple Pencil. They even created a whole video to show the importance and usefulness of this new accessory. High precision sensors built into the tip of the Apple Pencil allows both the screen and the Apple Pencil to work together. By applying more or less pressure to the pencil, the display knows when to display a thin or thick stroke. The Apple Pencil is charged through the iPad Pro through its Lightning Connector on its end. The new Notes app allows one to draw and diagram right in the app. it can also be used to annotate.