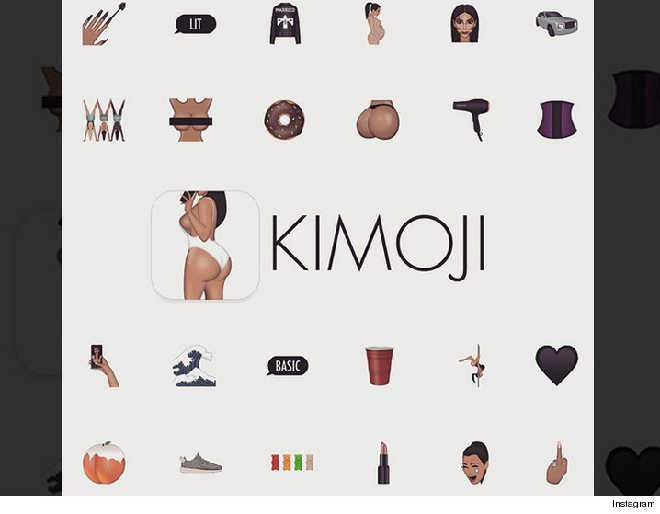 Today Kim Kardashian was able to break the Apple App store, albeit temporarily. So after she unsuccessfully tried to ‘break the internet’ in the winter of 2015 with a naked photo shoot she finally got to break something today.

After Kim’s new app named “Kimoji” was released earlier today, the Apple App store crashed because of the sheer amount of downloads the App got. The application basically offers Kim Kardashian-themed emojis and the demand for such things is huuuge apparently. At one point the application got a record breaking 9000 downloads per millisecond. So because of the sheer amount of traffic the Apple app store began to crash.

The poor Apple team then had to actively work to make sure that the Apple app store survives the downloading of Kimoji. Apparently if you download the , application you will be able to use over 250 emojis as well as stickers related to Kim Kardashian. You will be able to use any and all kinds of stickers or emojis. You can use Kim’s butt or peaches and cream, or her face or her pregnant profile. The application is also supported by a variety of other applications and social media platforms. This includes iMessage, WhatsApp, Facebook Messenger as well as emails. The application costs about $1.99.

Kim also tweeted about the crash of the Apple App Store saying, “Apple, I’m so sorry I broke your App Store!!!” She later tweeted another statement on the crash as well, “I can’t believe so many people downloaded my KIMOJI app that it affected the entire App Store!”

About the application, she said, “We worked so hard on this app & we know there are some issues due to the massive downloads that the whole tech team is so working on! My Kimoji app will be up and running again soon! They are also working on fixing the search so u can easily find it!”

Kim was also generous enough to give her fans a sneak peek of the emojis that her application offers. She showed screenshots of her conversations with her family members in which she used the “Kimoji” app.