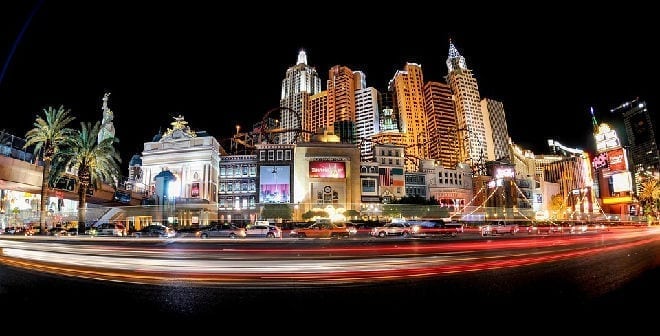 Las Vegas, Nevada has hit a new milestone in the fight for renewable energy this month. It has become the largest city in the United States that runs on 100% renewable energy. Not unlike Paris, France, Las Vegas can also be considered a “city of lights”. With all the illumination of Fremont Street, Downtown, and, the Strip. Las Vegas requires a lot of electricity to maintain its image and appeal as an entertainment destination. For this city to be running on 100% renewable energy this is a significant achievement.   One that will definitely go down in the history books.

Thanks to the opening of a new solar power plant, Boulder Solar 1, which is run by the infamous NVEnergy, Las Vegas has become “one of the few cities in the world that can say all the power used comes from a green source”, according to Las Vegas Mayor Carolyn G. Goodman. She also went on to state,

“This is truly a proud day for Las Vegas,”. The City of Las Vegas posted on Twitter, “Thanks to our renewable initiatives and the Boulder Solar plant in Boulder City, our facilities are now 100% powered by green energy.”

Not many people know that the Hoover Dam, previously known as Boulder Dam, provides little to no power for Las Vegas. Instead, the power generated by the dam, which is located on the Nevada/Arizona border, gives most of its power to the Nevada Power Company. This, in turn, is given to California and Arizona cities. Now, for the first time in its history, Las Vegas will receive power from the Hoover Dam. This action is set to take place at the end of 2017.

One of the toughest challenges for developing countries is the ability to produce enough electricity. In the ever expanding world, having electricity is a must. With all the power generated from coal, nuclear power, and fossil fuels, it is a matter of time before we use up our resources. Various movements and laws have been passed in an attempt to protect our natural resources and control climate change.  It is encouraging to see Las Vegas doing its part by switching to renewable energy.