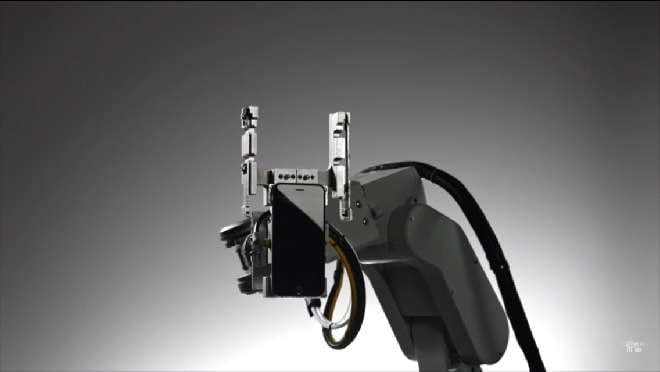 Have you ever wondered what happens to your old iPhone? Are they resold into other markets?  I suppose those that are in good working order are, but what about those that are damaged or too old to be repurposed? Is there an iPhone heaven where they bask in their old glory or do they end up in landfills or shredded into pieces in an effort to recover useful materials.

During the March 21st Apple Event, we were introduced to LIAM.  LIAM is an Apple-inspired invention that takes recycling of old iPhones very seriously.  This sophisticated robot methodically disassembles iPhones in a very precise manner.  It intelligently detects and carefully separates the materials from the various parts then sorts them so the precious  materials can be repurposed. It removes the cobalt and lithium from the batteries, it separates the gold and copper from the camera. LIAM extracts silver and platinum from the logic board. It sorts and separates everything so the materials can be repurposed or recycled.

Mashable.com got early access to LIAM before the Apple Event and reported that LIAM has been three years in the making.  It includes 29 robotic arms and can disassemble an iPhone in 11 seconds. That’s about 1.2 million iPhones per year, which is impressive.  This is far superior to previous methods of disassembly that used a shredder.

This incredibly unique machine has been one of Apple’s best kept secrets, so much so that until recently only a few Apple engineers were aware of it. No other company uses this technology.  Can you imagine if all electronics manufacturers used this technology, how much better the environment would be, not to mention the cost savings by recycling precious materials?  Apple is obviously ahead of the curve in this area and LIAM further demonstrates Apple’s commitment to the environment by putting their money where their mouth is by investing in the R&D and development of LIAM. This is one piece of technology, Apple hopes their competitors will copy.