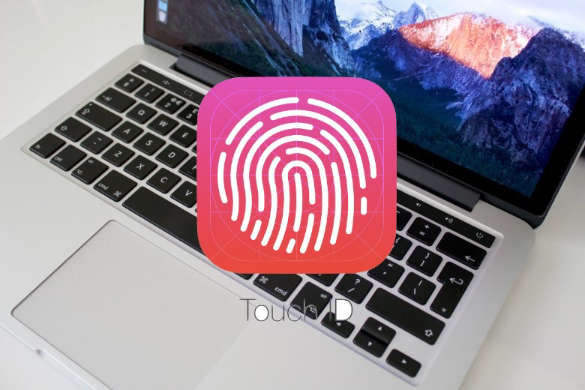 The MacBook Pro is undeniably one of the most iconic pieces of technology. This is true for Apple or any other tech company has ever brought a laptop to the market. It defined what it truly meant to be a top of the line laptop. It also set the bar for future laptops like the HP Spectre lineup and the new Microsoft SurfaceBook. Unfortunately, many of the laptops that serve as the MacBook’s competition have already surpassed its ability. This leaves Apple to make the next move and do something no other laptop has done.

Fingerprint scanners and Touch ID were made popular with the release of the iPhone 5S. Followed by the iPad line back in October of 2014 with the introduction of the iPad Air 2 and the iPad Mini 3. The Mac lineup has been lacking this specific feature. Thanks to a new 9to5 Mac report, it has been claimed that the upcoming generation of the MacBook Pro will, in fact, feature a MacBook Pro Touch ID fingerprint-scanning sensor.

For those with the new macOS Sierra, it is easy to imagine unlocking your MacBook Pro without a password since the laptop will unlock if your paired iPhone is near it. But those without the new update will find that unlocking your MacBook Pro will be easier than ever since it is reported that the Touch ID scanner will be integrated into the power button of the laptop. This addition will also help in purchasing items online with the Apple Pay support when using macOS Sierra.

It is also speculated that the entire top row of the keyboard (the one with F1, the volume buttons, etc.) will be completely taken over by an OLED touch-sensitive display. This display is rumored to still have the same basic functions but will show battery life, volume controls, and may even work with websites like Spotify, allowing a small taskbar to show on the display instead of having to switch back to the website. The renderings by Martin Hajek also show the OLED display showing the progress of a download.

You can check some 3D renderings of this here (http://www.martinhajek.com/macbook-meets-oled/).