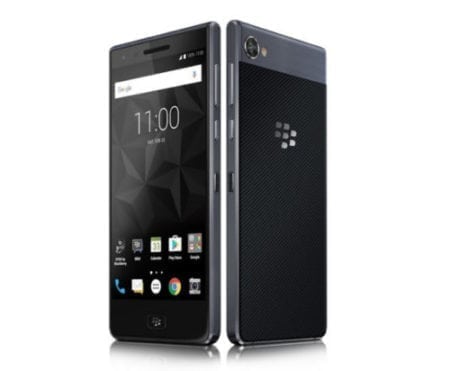 Blackberry is not a name that is widely associated with smartphones anymore. Granted, that it is still used by business owners and politicians who would not risk a breach in their security. Even though Blackberry decided to stop producing hardware back in 2016 and decided to focus solely on software, the brand still partnered up with a Chinese company, TCL. They released a phone earlier this year, the BlackBerry KeyOne. Its success was moderate and it included the trademark QWERTY keyboard.

Now the company has released another phone, the Blackberry Motion. They have finally made a complete touch screen phone without the keyboard. This was a step in the direction to attract the attention of other smartphone users as well. This is still a mid-range device with specs that would give you a good user experience. It has a full 5.5 inch, 1080p touchscreen with a fingerprint reader. It comes with a Snapdragon 625 chip, 4GB of RAM, 32GB of storage and a 12-megapixel rear camera.

The software will still seem familiar. The Motion is running a customized take on Android 7.1 like its predecessor, and you’ll get the same security-focused apps intended to make it business and privacy-friendly. The phone is IP67 water resistant and what makes it special is the 4,000 mAh batter. Based on the processor and specifications, it is very safe to say that it can easily handle 24 hours on a single charge.

You’ll Have To Wait

If you want to get your hands on one, you will have to wait. The phone is only being shipped to a chosen few Middle Eastern markets in the start. These include Saudi Arabia and the UAE. The price is equivalent to $460 in America. There has not been any announcement about its release in America as of yet, but we can expect it to be available a little later as the previous model is available at Sprint and Canadian carriers.

The phone will probably be widely accepted among the businessmen who already own a BlackBerry and they would want an upgrade to their existing model. But, it still has a long way to go if it aims to catch the attention of the general populace all across the globe. It is for the brand loyal fans and businessmen for now. But we see the removal of the keyboard and the introduction of the touchscreen as a part of a larger plan. A plan that involves getting the attention of everyone else as well to consider Blackberry as an option while deciding to buy a smartphone.