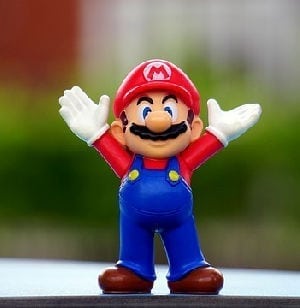 If you have been paying attention to the news over the past few days or at least own a phone, a new mobile game is taking the world by storm. That game is none other than Pokemon Go developed by Niantic in partnership with Nintendo. Pokemon Go is an augmented reality, location tracking game. It randomly spawns Pokemon in your way. The goal is to catch these Pokemon and battle other players with them.

Well, after just a few days, Pokemon Go has made it to the top of both the Google Play’s and the iOS App Store’s list ranking the #1 app in the world at the moment. Nintendo, the owner of the Pokemon brand is now worth more than $7 billion than it was last week. On the very first day it was released to the public, Pokemon Go made about $5 million in in-app purchases. The video game and television series based app has more daily users than Snapchat, one of the most widely-used social media apps in the world.

The money that Nintendo makes from the Pokemon Go app is not from advertisements but from the in-app purchases a player has the choice to make. The game is free to download and play but only for a while. After reaching a certain amount of Pokeballs used, the app asks you to buy more Pokeballs. Pokeballs are used to capture and store Pokemon once found. These in-app purchases are also for the training the Pokemon need to be better in battle.

Other in-app purchases include the ability to hatch an egg containing a Pokemon and battling. Coins are bought to achieve these tasks. The pricing for these coins ranging from $0.99 for 100 PokeCoins to $99.99 for 14,500 PokeCoins.

Nintendo had an astounding success with the release of Pokemon Go but there are still many things to be done. Many players are complaining about the game crashing, not responding, not logging into their account, or not tracking their location accurately. Nintendo and game-maker Niantic need to pay close attention to these issues and make sure to fix them in the near future with updates.