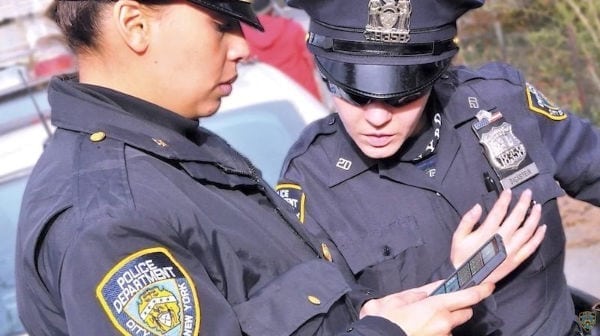 NYPD To Get iPhones

It is next to impossible to live in the current day and time and not own a smartphone. The same goes for the police department who has to be ready to mobilize at a moment’s notice. For this very reason in October of 2016, NYPD (New York Police Department) finished a two-year long rollout of Windows based smartphones. The phones were distributed to all of its 36,000 officers. This was a part of the $160 million initiative to modernize the NYPD. The Windows models were the Nokia Lumia 830 and the Lumia 640 XL. These were equipped with special 911 apps, case management apps, and the ability to receive assignments.

The latest news is that NYPD has decided to trade in these windows phones in favor of Apple’s iPhone. The reason behind this switch is that Microsoft announced that it will be focusing on the Windows 10 based phones. Which means Microsoft has discontinued its support for Windows 8.1. All the phones in the possession of New York’s finest operate on Windows 8.1 which will not be getting support from Microsoft in the days to come. They were faced with the choice to either stick to these outdated versions of smartphones or to move in another direction. They decided to go with the latter in support of the iPhone.

“The NYPD has begun the process of transitioning to iPhones. The new devices will be deployed starting this fall, with the same applications that have led to an 8% reduction in response times,” an NYPD spokesperson said.

According to a report, the original decision to switch to Windows Phone was made by Jessica Tisch, police deputy commissioner of information technology. A source told the “Post” that Tisch chose Windows Phone partly because the department was already using Microsoft software for video surveillance.

The deputy commissioner defends her decision about spending millions of dollars on the program “The smartphone program has made the NYPD, already New York’s finest, even finer. Sure doesn’t sound like a ‘useless smartphone,’ does it? Three years ago we made the decision to bring mobility to the NYPD. At that time, neither iOS nor Android phones allowed us to cost-effectively utilize prior investment in custom Windows applications.”

Although the decision is final that the New York Police Department will be switching to iPhones, they haven’t made the switch yet. Neither have they released any information about which model of the iPhone it is going to be. The switch may happen after iPhone 8 is released. Based on the rumored prices; it is highly unlikely that they will be carrying the latest versions.