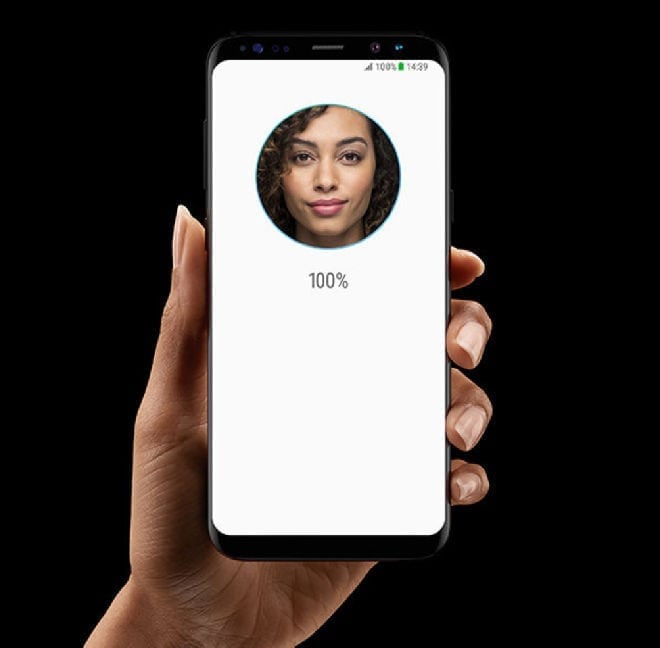 There has been much excitement around Samsung’s announcement of the Galaxy S8.  Their new flagship smartphone looks promising and is just the thing they need to get back in the game. After the brutal year Samsung had in regards to the Note 7 it finally looks like the S8 will save the company’s reputation and bottom line.

There is a lot to like about the new Galaxy S8. The Snapdragon 835 processor, the biometric authentication features, like the fingerprint scanner on the back of the phone or iris scanning. Then there is the edge to edge almost bezel-less screen, an embedded Home button and more.  But one “Wow” feature has just received some bad press. That is face recognition. Apparently, face recognition on the Galaxy S8 was defeated with a simple photograph. For a security feature that is supposed to protect the phone’s user, this is not good news for the Galaxy S8.

Forbes reported, “it is interesting that the Galaxy S8 facial recognition feature was tricked by a selfie taken from a different Galaxy S8. Hypothetically, this means that the Galaxy S8 could even be unlocked even if the owner was sleeping.”

One would think this has serious implications. I think Samsung is making a mistake by downplaying the issue saying that Facial Recognition is not a security feature but rather another method of unlocking the phone.  Hmmm…locking…unlocking….sounds like a security feature to me.  Samsung feels justified in saying this because Samsung-Pay does not use face recognition, which is good news.  However, if face recognition can be defeated with an image giving access to anyone who has your image on their phone, I would think this feature is not ready for prime time and should have been withheld from this release.

Microsoft has a biometric feature known as “Microsoft Hello”, that takes facial recognition a step further. It requires the user to move from front to profile. This prevents the device from being fooled by a 2D image. This approach could have at least saved Samsung embarrassment now and after the Galaxy S8 is released.  We’ll have to wait and see if easily gaining access to one’s phone will be an issue after the Galaxy S8 ships.  We’ll let you know what we find out.