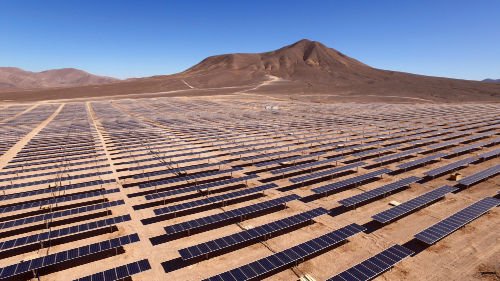 Photo by Antonio Garcia on Unsplash

Why is this shift so important and why would you want to turn towards renewable energy sources in this era? Let’s find out…

There are numerous statistics which prove the fact that fossil fuels create massive amounts of pollution. This pollution is responsible for smog and has made a major contribution to climate change as well. Smog makes it harder and harmful to breathe the polluted air, and the effects of climate change are clearly visible; for example, we have seen rising average temperatures and more extreme weather events around the world.

Some political figures think that climate change – sometimes referred to as global warming – is a hyped phenomenon and not caused by burning fossil fuels. However, there is strong scientific evidence of a direct link between the two things. Burning fossil fuels generate gaseous by-products like carbon dioxide (known as a greenhouse gas), carbon monoxide, sulfur, and nitrogen-based compounds. These are extremely harmful to health, and create a greenhouse effect in our atmosphere, increasing temperatures.

On the other hand, we have nuclear fuels. While they don’t generate greenhouse gases and therefore contribute directly to climate change, nuclear fuels are highly radioactive. Thus, storing or disposing of nuclear waste is extremely difficult.

Renewable energy sources do not suffer such side-effects. For example, solar panels, wind turbines and hydroelectric dams do not release harmful gases in the atmosphere as they use natural resources to generate energy.

Ever wondered where fossil fuels come from? The hint lies in the word, ‘fossil’. The organic matter that died millions of years ago decomposed and was subjected to immense pressure and temperature. The slow process turned that organic matter into the ‘fossil fuels’ which we extract today.

However, these resources are not permanent. Fossil fuels are expendable and will run out one day, depending on the rate of consumption. That’s one reason why they are called non-renewable. Nuclear power lasts a long time, but it depends on sources of Uranium and Polonium, both of which exist in limited quantities as well.

Comparatively, renewable energy sources like hydro-electric, wind and solar power are not finite.

Petroleum products still depend on the supply and demand cycle, which cause their prices to fluctuate wildly and rise with inflation. Renewable energy sources cost much less per watt of energy because of their sustainability.

For example, the energy from the sun is not sold by any particular identity. It does require an initial investment in terms of building solar panels with photovoltaic cells, and batteries to store the output. These cells are made of silicon, with varying levels of forced metallic impurities to suit a particular output range.

The production process for creating such silicon can be costly, but the extensive commercial use offsets the production costs by quite a margin. Moreover, the long-term advantage lies in the fact that it is cheaper in the long run and does not require replenishing. Additionally, silicon comes from quartz or sand, which is abundant on this planet.

With regulatory compliances in place, organizations in developed countries are increasingly becoming aware of their responsibilities towards climate change. As every organization reduces its carbon footprint and replace their dependence on power generated by fossil fuels, their reputation among investors, employees, clients, and other stakeholders can increase substantially.

Moreover, governments of many countries nowadays have subsidies and tax breaks in place for such organizations and companies which migrate toward renewable energy sources like solar power.

As clean energy sources take a firm hold in our daily lives, they create a big market for products and solutions based on them. Solar power is growing at a fast pace, which means that more companies are willing to mass produce different products based on it. Domestic products range from solar-powered water heaters to lights, small power stations and even mobile chargers. Commercial products include solar-powered air conditioners and traffic signals to massive power arrays connected to the power grid.

This is a very positive outlook because the employment sector will see a massive boost as more companies create various products and generate jobs. And of course, renewable energy is ultimately the only way we can go for the sake of our planet’s future. 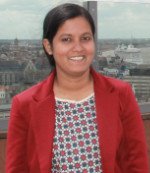 Author Bio: Merin Mathew is a tech blogger, digital marketing pro, and has contributed to numerous tech magazines. You can connect with her through her blog https://merinmathew.com/ or through Linkedin https://www.linkedin.com/in/merin-mathew-890130103/

More on this topic: Tesla’ Plan For A Virtual Power Plant