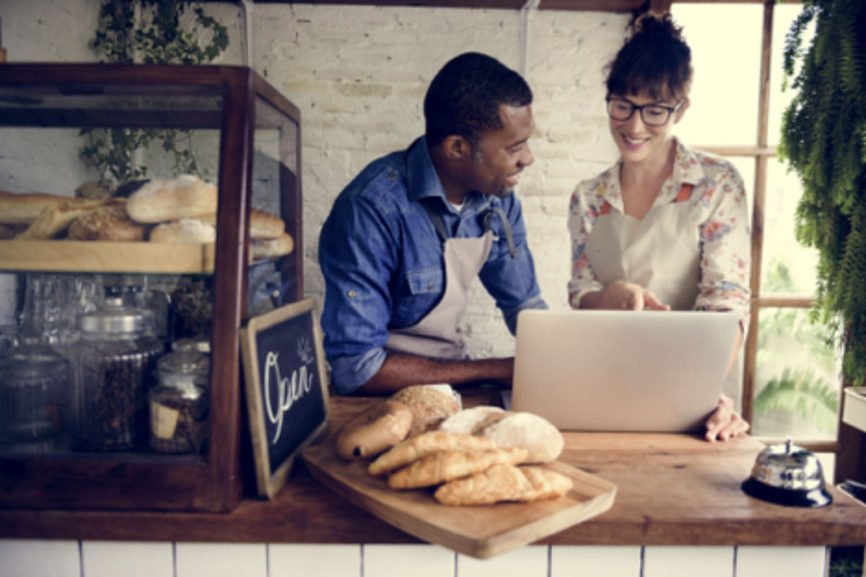 A few years ago, my content management firm was approached by a restaurateur with a pretty big challenge. He wanted to have an entire website built for his business from the ground up, with social media accounts and content to boot. And he wanted all of that in just nine days.

This younger client had recently inherited his family’s business after his father had retired. And by “retired,” I mean he was still heavily micromanaging nearly every facet of their operation and insisting his son run every minute decision past him for a final nod of approval.

Our client’s grandfather had started this business in the 1960’s, and passed it down to his son in the 2000’s. That son was now passing it down to his own son in the early 2010’s. And in all of that time, their business hadn’t changed much. They prided themselves on that fact, too.

But not all change is a bad thing, and this company could have benefited from some of the positive variety.

Ours being a full service agency, we happily took on the task. We developed a website from the ground up. We created multiple social media pages and filled them with content. We digitized their menu and even helped set up an order portal so customers could make reservations or order delivery online.

The father was hostile toward these changes, but it didn’t take long for him to recognize the value of establishing a web presence.

Precisely what you think happened next is what happened next. Sales increased. Foot traffic grew. Deliveries increased by such a volume they had to hire more drivers. It wasn’t long before the “retired” father was praising his son for a job well done.

Small Businesses Struggle to Adapt, and it’s Not Entirely Their Faults

That restaurant’s story is more familiar in the small business world than you might think. Main Street America is packed with small businesses that rather obviously can’t adapt to emerging technology the way enterprise can.

Some of that adaptation difficulty is their own fault. They’re unwilling to gamble on a fancy tech deployment, and why should they? The old tried and true method does just fine, and many successful small business owners live by the old adage “if it ain’t broke, don’t fix it.”

But we can’t blame those small business owners solely. Some of the culpability surely rests with service providers, too. They’re so hung up on landing big enterprise-level deployments they often forget about the little guy entirely. Why sell one POS system to one shop when you can sell a thousand to a chain?

Where does all of this leave small businesses? For most, social media is the beginning and end of their online presence. The companies that do create websites rarely, if ever, put any real thought into SEO.

Those businesses profitable enough to make a technological leap are likely going to invest in that website well before they’ll consider throwing their net gains toward endpoint management solutions, localized apps, or digitized inventory.

Small business needs are resoundingly similar to enterprise needs … just on a different scale. Those Main Street businesses who take the leap are going to need their deployments to be easy to implement, extremely user-friendly, scalable, and customizable. And they’re never going to know about the potential of emerging tech if we never take the time to market toward them.

Modern Tech is `Moving Up’ in the Small Business World

Some small businesses have seen the value in bringing their businesses into the twenty first century. And they typically find that the benefits provide enough long term ROI to offset their initially-scary price tag.

One such example is San Francisco based moving company California Movers. They established their online presence with a fancy website rich with SEO goodness, but they went a few steps further, too: their business operates on a hyper efficient technological plane that showcases just how much the digital revolution can benefit any industry it finds itself in.

California Movers utilizes CRM for customer care and marketing, managed endpoints to track field assets, and project management solutions for communication and scope. The end result? Their business is booming.

“I don’t think most people in my position understand the value of using what the big guys are using yet,” says California Movers CEO Anton Halushka.

“People thought we were wasting money on all of this technology. Like we’re just throwing it away on stuff we don’t need or trying to be a bigger company than we were. But at the end of the day our customers are happier, our workers are happier with employee monitoring software and not wasting so much of their time, and our business is thriving. The tech works.”

Halushka says he was inspired to take a gamble on tech deployments after one of his company’s tech clients explained how it works.

“The idea that we could have apps on our phones that connect our whole company like this, and do it all on the cheap, that was unexpected. But there are options out there that aren’t going to cost you a fortune. I mean, we did all of this with just a few thousand dollars. We’ve made that back several times over already.”

We’ve already entered the age where businesses are starting to live or die by their online presence. You can still find small business owners who don’t see the value in bringing their business to the web, but they’re becoming fewer and further between.

Love it or hate it, customers today are expecting to do more of their business online. And if they do need to visit a physical location, they’re going to want to do their homework first.

Websites and social media accounts aren’t just marketing tools. They’re fundamental assets every small business owner should be willing to invest in. Sure, the bulk of your business might be sourced locally. But are you really going to turn away new profit opportunities who aren’t as familiar with your community?

Investments in tech are just that: investments. The sorts of investments that pay for themselves and, more importantly, show returns.

Every small business owner should be taking the time to answer three questions:

But the responsibility doesn’t rest purely on the shoulders of small business owners. Tech companies need to take notice, too. If your company isn’t offering reasonably-priced products and services that small businesses can implement and utilize immediately, maybe you should think about how you can start doing that. The small business market is largely an untapped one. And it’s on you to help explain to them how the benefits can be mutual to your company and to theirs.

It’s difficult to really get contemporary perspective on emerging technologies. But if we could take a bird’s eye view of the business world’s landscape, we’d see one hard and undeniable fact: we’re in the midst of a digital revolution, and small business is looming big on the horizon.

The industrial revolution was, in its time, a major gamechanger. Assembly lines—the automation of its day— came at the tail end of a major tech boom that included steam power, electricity, replaceable parts, internal combustion, and a whole lot more.

The industrial revolution made hard, undeniable, lasting impacts on every single industry in the world, big and small. And those industries that weren’t impacted? Well, they aren’t exactly with us anymore.

There’s no need for whale fat when our homes are lit by electricity. Stagecoaches were handy for their time, but you can move a much bigger load of goods with trucks, trains, planes, and cargo vessels. Even the humble town crier found himself unemployed as the newspaper supplanted him as peoples’ primary source of the news.

The small business world isn’t an exception, either. Retail, food service, field service, hospitality … tech is seeping into every form of business, from the simple corner bodega to the big legal practice and everything in between.

Look up any five random local restaurants. How many of them have websites? How many have social media accounts on three or more platforms? And how many followers do they have on those platforms? How long can this restaurant survive without evolving through tech?

More on this topic: 5 Tech Tools All Small Businesses Need