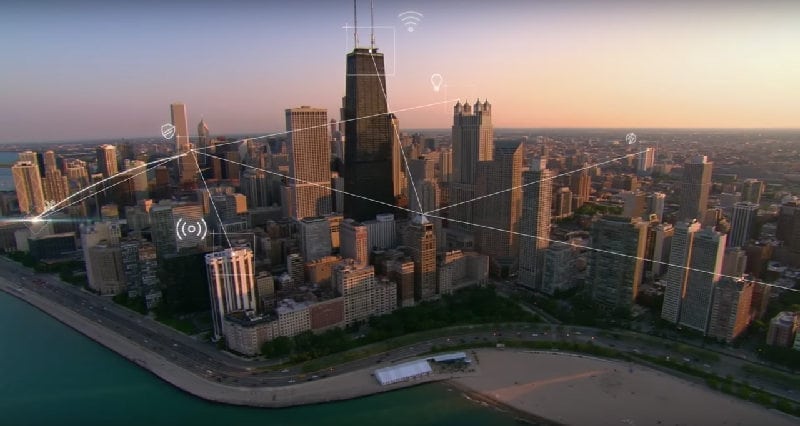 Smart City Technology In The Spotlight

Smart city technology is an emerging sector and we have recently seen many companies investing heavily in it. The Consumer Technology Association and the financial firm Deloitte have both invested majorly in smart city technology that was displayed at this year’s Consumer Electronics Show (CES).

The major companies involved in pioneering new solutions include some major brands like Ford, Nissan, Ericsson, and Bosch. All of them together along with a number of other major players are exploring new opportunities in the fields of smart transportation, public safety, smart grids, healthcare, cybersecurity, VR, AR, and artificial intelligence (AI).

More than 11,000 square feet were dedicated to the smart cities marketplace this year at the CES convention, which takes place in Las Vegas every year. The sessions included a great number of topics like “Energy Consumption and Distribution in Smart Cities”, “Paving the Way for Connected Emergency Vehicle”, and “Consumer IoT [Internet of Things] Changing the Game for Emergency Responders.”

“Smart Cities at CES 2018 and our related conference programming are a natural extension of the show’s focus on innovation,” said Steve Koenig, senior director for market research with the Consumer Technology Association to the HuffPost. “CTA projects global spending on smart cities will reach $34.35 billion by 2020, so we think it’s important to have a dedicated conference program and exhibition focused on this global initiative. This remarkable growth will influence tech industry growth, change the way we think about cities and address global ills. We want to help our attendees gain a better and more comprehensive sense of this trend and help encourage the continued development of smart cities.”

Perhaps the most talked about topic when it comes to smart cities is the 5G technology. The general perception is that better telecommunication standards will simply be a means towards faster smartphones. Improved telecommunication standards have the potential to revolutionize smart city grids. According to research, if the smart city solutions are applied to traffic management and electrical grid systems, it could result in savings as much as $160 billion in terms of reduction in energy use, traffic congestions and fuel costs.

“The tech community is committed to and passionate about changing lives for the better, and smart cities have the potential to address the need for more sustainable and livable cities around the world”, said Koenig. “With the Internet of Things as a foundation, technologies such as automated street lighting, smart energy meters, parking assistance apps and sensors have the ability to make cities safer, more efficient, and more accessible. The United Nations projects 66 percent of the world’s population will live in urban areas by 2050 — so now is the time to harness technology’s potential to improve urban life.”

Connecthings is a multinational firm and operates a global network of beacons in public spaces. This will transform massive urban points of contact and locations like train stations and airports. The company can help smartphone users with their daily commute by alerting them to any emergencies. The company has already set up more than 60 smart cities in Europe and South America. It is now expanding to the US with projects in Austin, Texas and New York City.

“We are witnessing firsthand cities worldwide exploring the opportunities holistic smart city initiatives can create for the public and private sectors, and for the people that live in increasingly connected urban corridors,” said John Skowron, principal for Deloitte Consulting LLP and global smart city leader. “Across North America, Europe, Asia, and the Middle East, city planners, entrepreneurs and business leaders are working in collaboration to make the promises smart cities hold a reality.”

These are some exciting prospects indeed and we will know more as this sector develops further.

We Are Getting Closer To Realizing Smart Cities

The Smart City An Unfulfilled Dream