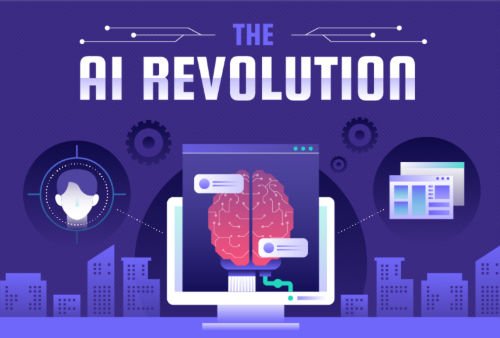 Every field of human work will be affected by the AI revolution in the near future. That’s why it’s important to learn more about learning machines and get ready for their advent. In this text, we’re going to present the key branches of AI.

Weak AI, on the other hand, means that an AI system is created and programmed to fulfill a specific operation. An AI chatbot would be a good example of this branch of AI, also known as narrow AI.

Apart from this rough division, AI systems can be divided into four other categories.

Limited memory AI solutions can memorize certain events and store them as their past experiences. Hence, they can use them to make some decisions in the future. A good example of this system are autonomous vehicles.

Reactive machines are the branch of Ai systems that can make future predictions based on the present situation. Still, they don’t have memory to store that information. As you can see in the resourceful infographic by Nikola Djordjevic from Tech Jury below, the Deep Blue chess computer that defeated Garry Kasparov is a reactive machine.

Self-aware AI systems will understand their current state of mind. These cognitive processes will let them understand how people around them are feeling. They don’t exist yet, at least they aren’t known to the general public.

The AI theory of mind is the concept by which machines will be able to comprehend that others possess their own specific feelings, intentions, and beliefs. They’ll also have the ability to recognize that these human characteristics affect their acts and decisions.

Some of these branches are developing as we speak, while others have been with us for decades. We can only follow what’s going on in the AI field and wait for new amazing innovations.

More on this topic: The Race To Reach Artificial Intelligence Supremacy

AIDeep LearningMachine Learning
Previous Article3 Things You Still Don’t Know About Tech Talent AcquisitionNext ArticleGDPR in a Nutshell: Resources to Get You Prepared