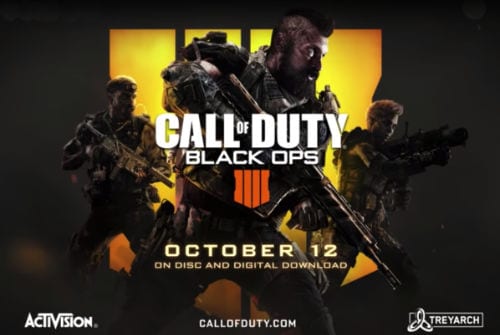 With the 2018 holiday season slowly approaching you may want to give some thought to what to get that gamer in your house. This is the time of year when sales of video games and consoles spike. The gaming industry is a billion dollar business and this year there are some blockbusting titles that will be released in time for the holidays that you may want to check out. Digital thrill seekers all over the world can’t wait to hand over their money to get their hands on these titles.

The folks at Statists put the following infographic together that is based on a UBS survey of over 5000 gamers.  The survey covered five key markets and shows those titles with the biggest potential to become this season’s blockbusters.

You will find more infographics at Statista

This year Activision and Treyarch present Call Of Duty: Black Ops 4.  I loved the World War II edition but Black Ops 4 is on top of UBS list.

Next in line is Assassins Creed: Odyssey. Here’s a chance to tap into your inner Spartan in this latest edition in the series. Battle your way through this epic journey in ancient Greece.

Red Dead Redemption 2 from Rockstar Games is the western adventure frontier game. Your character, Author Morgan developed his reputation as it interacts with other non-playable characters in the game.

FIFA 19 from EA Sports is next and brings all the excitement of real-world soccer to your controller.

The list continues with Fallout 76, WoW: The Battle of Azeroth, Destiny 2: Forsaken, The Division 2, Spyro Reignited Trilogy, NBA 2K 19 and of course Madden NFL 19. All great games that will likely be played to death in the coming months.  Have fun.

More on this topic: Game Developers And Their Preferred Platforms