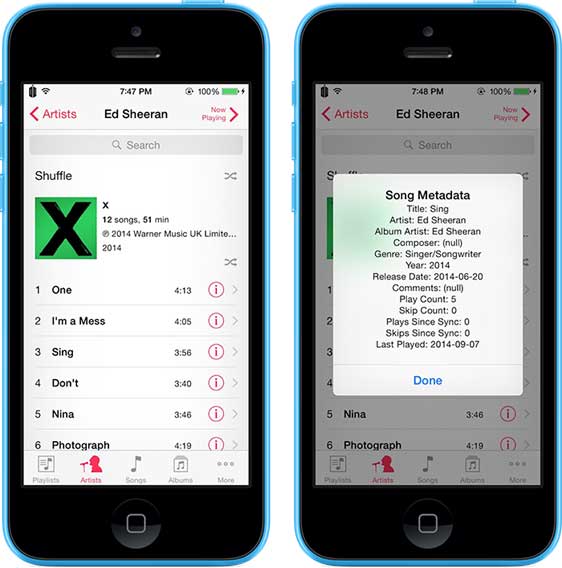 Ever felt the need to look up basic information for a song while enjoying listening to it on your iOS device? ‘ShowSongMetadata’ is just the jailbreak tweak for you! It allows you to view song metadata from within the iOS Music App, and make the most of your music experience.

Music metadata, also known as ID3 metadata, refers to the additional information embedded within an audio file that describes its contents. This includes – but is not limited to – the title, artist name, album, genre, and so on.

In many cases, this information can be used for organizational purposes. If you’re a power-user like me with an OCD for keeping your music library organized, then this neat little tweak will help you keep track of songs with incorrect/missing ID3 information.

The default iOS Music App has no option to view song metadata. The idea is to keep things simple and user-friendly, which is the maxim of the iOS operating system. This, however, does not bode well with power users who want more control over their phones, and would like to get their hands on all the details they can get. After all, you wouldn’t be very pleased if a new Facebook app were to suddenly do away with descriptions from your photos, would you?

ShowSongMetadata is a new jailbreak tweak that allows you to view song metadata for all the files in your music library. It adds an ⓘ symbol next to each song in your library, tapping on which reveals a popup that displays the metadata for the song in question.

Here is some of the information you can view; 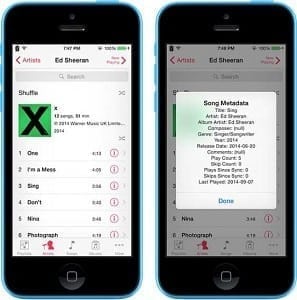 (Note the ⓘ symbol next to each song. These aren’t present in the stock iOS music app)

ShowSongMetadata is available as a free jailbreak tweak in Cydia’s BigBoss repository. It is a nifty hack that requires no additional configuration, and blends in with the default music app nicely. The tweak has been tested and found to be working on iOS 7 and iOS 8.

For this to work, you obviously need to jailbreak your iOS device. If you’re looking for instructions on jailbreaking your phone, you’ll find them in the links below;

Have you got anything to add to this story? Do you know of any better tweaks out there that let you manipulate ID3 metadata? Let us know in the comments below! Cheers (: