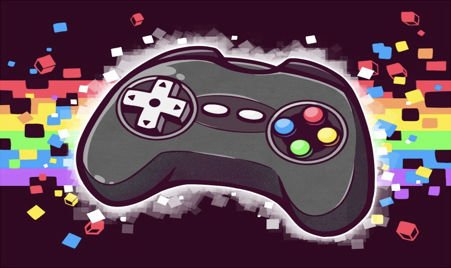 The gaming industry has continued to grow and expand since its commencement over the last few decades. With best pokemon games online along with many others, gaming has become bigger than it was before and is on the way to become bigger than all other entertainment industries. This has attracted potential investors towards this sector with the promise of significant returns on the investments in the near future. Here are a few reasons why the gaming industry can be your next investment option.

When compared to other entertainment sectors such as TV, Music, and Movies, the gaming sector has managed to get the upper hand with an increase of 10.7% annual sales during the last year. Music industry collected $17 Bn, movies made $41 Bn, television had a share of $104 Bn while gaming sector topped with $116 Bn in terms of revenue last year. While other entertainment sectors are facing a decline in their annual revenue gaming sector continues to soar high. A considerable chunk of revenue in this industry is coming from new markets like China with a growth of 14% in overall revenue per year. The entire video gaming industry is estimated to be valued at $89 billion US dollars by the end of 2019 and is predicted to grow at CAGR of 3.6 % during the timeframe of 2015 and 2020.

The Entrance of New Technology

With the integration of technologies like Augmented reality and virtual reality, game creators are able to create more photorealistic graphics and immersive content that helps attract both: hardcore gamers and casual gamers who look forward to experiencing new features that come along with modern technology. The most fundamental element that generates sales is continuous advancement in graphic-processing technology. Chip makers like Advanced Micro Devices and NVIDIA come up with better and upgraded graphics cards every year which make games more life-like, engaging and immersive. Various individuals, as well as AAA game developers, are using free tools and software to build and develop new games, gaming applications for gaming enthusiasts while generating revenue.

Apart from game developing companies organizations that manufacture and supply gaming devices and consoles can be a great option for future investments. Moreover, there are brands like Nintendo that operate in both sectors. With improved technology, there has been heightened demand for high-end graphics and microprocessors which has ultimately resulted in the flourishing of companies like Advanced Micro Devices (AMD). The growth of mobile gaming platforms has contributed $50 billion in sales to the market and is estimated to continue to grow further.

Another significant reason to invest in a game stock is the major shift of the gaming sector from product to service category which has helped in generating higher margins. Over the past decade, companies have opted for a digital distribution strategy instead of annual game release to uplift margins and ensure the consistent flow of revenue throughout the year. It costs very little for this organization to distribute digital gaming content than manufacturing and distributing physical disks. This has increased profitability as well as reduced risk factors for potential investors.

Recent diversification of gaming culture is yet another major reason for the expansion of the gaming industry. Beyond traditional participant activity, gaming has taken up many other forms. Rise and emergence of e-sports had opened avenues for revenue through all correlated business that range from merchandise to selling tickets. This new concept of E-sports has successfully integrated gaming in lifestyles of people with college and high school students coming up with e-sports teams.

Although the gaming sector was neglected by the media as well as masses for a long time, development of technology, the introduction of Augmented/ Virtual Reality, the invention of modern consoles, availability of a large number of mediums, diversification of gaming culture and increased opportunities to generate lumpsum avenue have attracted large group of investors towards this sector. With the gaming world churning higher revenues and the simultaneous decline of other entertainment industries, have culminated in investors investing their stakes in gaming products as well as services.

Author Bio: Stacy Thomas is a freelance writer who has been writing for various blogs for the last few years. In this post, he has written about the benefits of Social Media Marketing, Business, Finance, Fashion, Health as well as the features related to the same.

More on this topic: Games For Grabs: Newly-Released Games For PC That Will Blow Your Mind